Hydrogen can play an important role in the transformation of the energy industry, including heating. The European Union's strategy sets out a clear direction: The Old Continent is to achieve complete climate neutrality by 2050. Today, coal is still the most commonly used fuel for heating in Poland, but during the COP26 climate summit in Glasgow, the Polish government declared that it would completely abandon this raw material. Can hydrogen replace it?

According to the 2020 "Report on heating", only 20% of heat in Poland comes from renewable sources. Poland had planned to reduce CO2 emissions by 30% by 2030, but the acceleration of EU climate policy (reducing emissions by 40% by 2030) means that the industry, which relies heavily on coal, needs to be transformed even faster.

Modernisation of the heating sector in Poland entails significant financial outlays, which include construction of new cogeneration sources in small and medium-sized heating systems (PLN 6-15 billion), modernisation of existing cogeneration sources (approximately PLN 14 billion) and investments in such technologies as heat recovery, heat storage and waste management (PLN 7-12 billion). In total, this gives PLN 42 to 71 billion of necessary investments, i.e. almost PLN 5 to 8 billion annually to meet Poland's obligations. Hydrogen is also one of the available energy carriers. 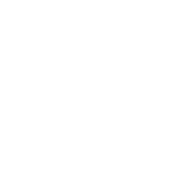 In Konin (ZEPAK) there is a biomass-fired power unit which already supplies the city with heat. Soon, energy from biomass combustion is also to be used to produce hydrogen in the electrolysis process. The contract with plant supplier Hydrogenics Europe assumes the construction of a 2.5 MW installation initially, followed by its expansion to 5 MW. ZEPAK is planning further investments in green energy - over the next few years, 10 electrolysers will be built in Konin, each with a capacity of 5 MW.

Today, the use of hydrogen in the energy sector consists mainly in its combustion in boilers or in cogeneration units. This is especially true in plants where hydrogen is produced as a by-product of industrial processes (e.g. in chlorine production).

However, the initial barrier to implementing low- and zero-emission hydrogen solutions in district heating is the high investment cost compared to traditional technologies. According to the Hydrogen Council, this will change by 2030, when hydrogen turbines will be able to compete with gas turbines in terms of capital costs.

There are already gas turbines on the market operating with up to 90% hydrogen doped. Manufacturers providing this type of technology include GE, Ansaldo and Siemens. GE's Aeroderative turbines, with a single ring burner, can burn gas with a hydrogen content of between 30 and 80%, and Heavy Duty up to 90%. Ansaldo makes an H-class gas turbine that can operate with a hydrogen content of up to 50%, but this value can be increased to 70%, and the company is working on a hydrogen-only plant. Siemens has committed to gradually increasing the hydrogen efficiency of its gas turbines, to at least 20% by 2020 and 100% by 2030. Two SGT-600 turbines at Braskem in Brazil will operate with 60% hydrogen.

At the demonstration stage is a Kawasaki plant operating solely on hydrogen fuel - in Kobe, Japan. In the Netherlands, Mitsubishi will adapt a 440 MW CCGT unit to run on 100% hydrogen by 2023.

How about Polish technology?

As part of the government programme for the development of the Polish heat industry, the first phase of the project "Combined heat and power plant in the local energy system" project, 10 entities and consortia have qualified. The aim of the project is to develop an innovative technology for a universal system of generation and storage of energy for heating purposes combined with cogeneration based on renewable energy sources such as green hydrogen, solar energy, wind energy or biogas. After completing the first stage of designing the concept, the National Centre for Research and Development will select the best solution and provide the winner with PLN 36 million gross for its implementation.

Among the bidders there is a consortium of a company from Enea Group with Energopomiar Works from Gliwice, which is to create a concept of powering a gas engine with green hydrogen produced in an electrolyser thanks to electricity coming from 100% RES. The total planned installed thermal power is 1.1 MW, while electrical power is 0.45 MW.

Nearly 1 million PLN from another NCBiR programme - "Intelligent Development" - will also be received by the AP- GAZ company for the "Development of a technology for low-emission combustion of hydrogen fuels from the Power to X technology chain for use in industrial gas burners and energy combustion systems".

The pace of transformation in the Polish heating sector largely depends on the willingness of the authorities to launch further forms of co-financing, the availability of international grants, as well as preferential solutions for private investors. One thing is certain - systemic change is necessary, and with the fall in hydrogen prices and the development of modern technologies, this fuel will increasingly accompany us.