Hydrogen as a heat source under the Japanese roof

Japan has a decades-long history in research and development of hydrogen and fuel cell technologies. One of the most interesting applications may be a stationary microgeneration unit. The technology involves the simultaneous production of electricity and heat. Micro-CHPs process natural gas in a reforming process. Electricity is then generated in a fuel cell and the heat from the steam is used to heat domestic water and to heat a building.

A landmark project was the large-scale Japan Hydrogen and Fuel Cell Demonstration Project (JHFC). The project installed nearly 3,000 domestic micro-CHP systems using fuel cells between 2005 and 2008. Since then, the market has grown strongly, with around 290,000 micro-CHPs installed and the cost of the most popular devices falling by almost 70 per cent. 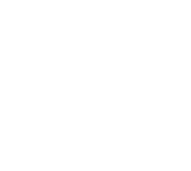 With government subsidy support, a consortium of major Japanese energy suppliers and fuel cell manufacturers began commercial sales of hydrogen fuel cell micro-CHP systems under the joint brand Ene-Farm from 2009. Distribution and installation were handled by regional gas suppliers. Japanese companies have developed a system to produce hydrogen from mains gas and LPG. City gas, from which sulphur has been removed, is fed into a fuel processor where three chemical reactions take place. Hydrogen is produced by reacting steam and methane, which is the main component of city gas. Carbon monoxide, a by-product of the reaction, is reduced to a safe concentration of 10 ppm.

Domestic micro-CHPs with fuel cells generally have an output of no more than a thousand watts. Such a system does not usually cover the entire energy demand of a flat or detached house, but it contributes significantly to reducing electricity consumption and ensures that hot water demand is fully covered. As cogeneration units producing hot water and electricity, fuel cell micro-CHPs have a high level of overall energy efficiency. Compared to supplying energy through conventional electricity grids, domestic fuel cell micro-CHPs provide primary energy savings of about 23 percent, and CO2 emission reductions have been estimated in Japan at an average of 38 percent compared to farms without such a device.